Ford’s focus on its iconic vehicles – Mustang, Bronco, F-150 – generated a lot of interest, and it was reflected in the jury selections as Ford took home the most awards, winning four of the nine categories. Blue Oval’s luxury division, Lincoln, also won Top Concept for good measure.

The Readers’ Choice Awards are loved by automakers for their status as the only Detroit show awards judged by car buyers themselves. Nearly 100 jurors were dropped onto the show floor on September 14 media day to make their selections.

The 2023 Corvette Z06 had already caught the eye of President Joe Biden during his tour of the show, and News readers also found the orange supercar irresistible. The eighth-generation C8 Corvette, at $65,895, is the first mid-engined model in the iconic nameplate – and far more affordable than comparable mid-engined exotics from Ferrari and McLaren. The Z06 is the first high-performance version of the C8 featuring the most powerful naturally aspirated V8 production engine ever.

This performance will cost customers an additional $40,000 over the base car – and for that, The News jurors awarded the Z06 the If Money Were No Object award.

The North American International Auto Show has traditionally featured head-turning concepts, and 2022 was no different. In perhaps the biggest surprise of the Readers’ Choice Awards, the Lincoln L100 Concept edged out the much-hyped Dodge Charger Daytona Banshee – a preview of the brand’s first EVs – and Buick Wildcat as best concept.

The sci-fi L100 is Lincoln’s vision of a future self-driving vehicle with no steering wheel or pedals (a “chess piece” is provided on an electronic pad to override the car’s self-driving if needed) and seats front that can swivel to face the rear passengers. The tank has other exotic features like a glass roof, glass frunk, and hub-mounted electric motors.

Mustang’s most powerful model – the Shelby GT500 – won the trophy for Muscle Machine. The track-focused 760-horsepower hell can hit 60 mph in just 3.4 seconds. You can’t miss its giant cow-catcher grille.

The Best Electric Vehicle awards went to the Ford Mustang Mach-E, inspired by the Mustang coupe, and the Cadillac Lyriq. While Mach-E replicates sports car looks and speed in an updated EV package, Lyriq points the way to an all-electric Cadillac future with a new fascia and bling-tastic interior.

In addition to winning the Best Off-Road Warrior award, the ballistic Bronco Raptor also inspired the more affordable Bronco Sport, which jurors judged as the best bargain buggy. Based on the Ford Escape’s monocoque chassis, the all-wheel-drive Bronco Sport Badlands trim offers surprising off-road capability for half the price of the ladder-frame Raptor.

If you want to bring the whole family to Huntington Place for the show, jurors recommend the Jeep Grand Wagoneer as the best family hauler with its spacious three-row interior. The Grand is a step above the Wagoneer (which rivals the Chevy Tahoe and Ford Expedition) and targets truck-based luxury models like the Cadillac Escalade and Lincoln Navigator.

Under the hood? A 471-hp 6.4-liter V8, of course. Even family haulers are best served with American muscle.

IF MONEY WAS NO OBJECT: Chevrolet Corvette Z06

Henry Payne is an auto critic for The Detroit News. Find him at [email protected] or Twitter @HenryEPayne. 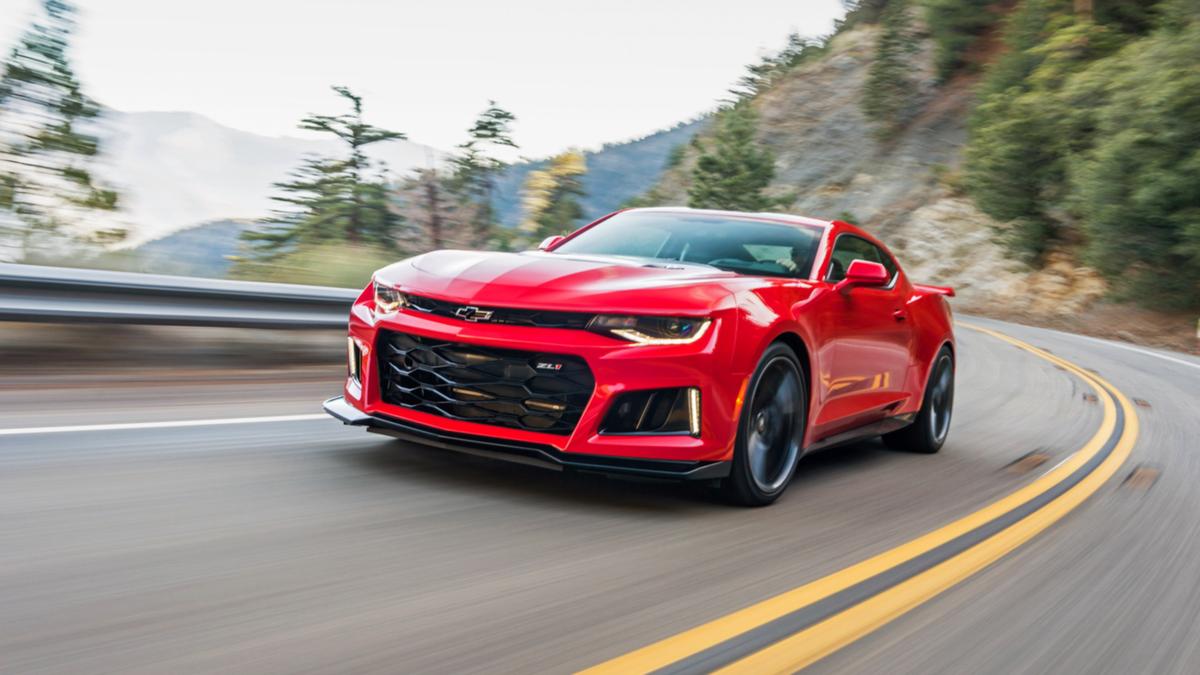